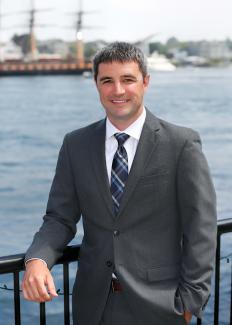 Donny joined the team at Seascape in July 2018.  As Director of Operations, he is responsible for managing Seascape’s operational workflows and technology systems.

Donny graduated from the University of New Hampshire with a Bachelor of Science in Business Administration with a concentration in Finance.  He began his career at a wealth management firm in Steamboat Springs, Colorado and has since held analyst positions in the apparel and seafood industries.

Donny lives in nearby Dover, New Hampshire with his wife, daughter, and adorable corgi.  When not at Seascape or at home with his family, Donny can usually be found at a golf course.  Following in her dad’s footsteps at barely 18 months, his daughter, Natalie, had acquired her own set of clubs and was seen working on her short game.  Donny’s other interests include skiing, camping, and fixing up his house.  Donny is also an avid fan of the Boston Celtics and rarely misses a game.